As a successful loft conversion and extension company, we have been involved in extensive charity work, both locally and internationally.

Aspire To Be Great

We established Aspire to be Great to deliver mentoring, life coaching and guidance to individuals and groups in both the private and public sector.

Ali Niaz, an ex-gang member with a criminal record has turned his life around with the help of Aspire to Great and now leads the team in doing the same for others. Ali is now a Life Coach, qualified at Cambridge, and has been working with young people for whom following a true and honest path in life is the difficult choice but one that they aspire to follow.

He has presented to small and large groups in local school and commands respect from the youngsters he speaks to and is someone that they can relate and aspire to. Ali has also received a great amount of press coverage.

Steve Mills, founder of A1 is also the founder of the New Start Trust (NEST), a charity which provides homes for orphaned and vulnerable children in regions suffering from economic hardship and benefits communities with much needed training in sustainable building technology.

NEST was set up in the 1990’s and focuses on housing orphans and street children in Zimbabwe, Kenya and Zambia. During this time UNICEF estimated that 600,000 children would be orphaned in Zimbabwe by the year 2000.

Today there are more than one million children orphaned by AIDS and approximately 120,000 living with HIV, many of whom end up living on the streets as a result of abuse by carers.

The objective of NEST is to provide good quality homes for those neglected and vulnerable children.

A1, provides NEST with both financial support and expertise in sustainable building technology. Through close relations with a variety of experts in the sustainable building industry, A1 has helped NEST in the research of an extensive choice of techniques and proven building models in order to identify economically and environmentally sound solutions to the world wide housing crisis, removing the dependency on finite resources and specialist labour.

Steve is an enthusiastic and dedicated supporter of Regenerate UK, a youth organisation based on Roehampton’s Alton estate. Regenerate works with local teenagers and engages them in projects for the benefit of others inside and outside of their community.

Steve has played a pivotal role in pioneering training initiatives in connection with Regenerate, giving young people living on the Alton estate the opportunity to learn the Earth Home (Eco home) building techniques adopted by NEST, the New Start Trust, so that they can participate in construction projects abroad.

Training our young people to build homes enables them to achieve something immediate and practical, having a direct impact on the lives of vulnerable children in desperate situations abroad. Not only can they be given the opportunity to help to improve the lives of others but they are helped to realise their own potential and value to society.

A1 Lofts & Extensions is proud to be a sponsor of The Wing Chun Boxing Academy.

As a monthly sponsor for the past 14 years, The Wing Chun Boxing Academy helps to change lives in North London with different communities working together.

By teaching self defence to the Tottenham youth, The Wing Chun Boxing Academy works to protect lives as well as change them.

On the Christmas of 2011, Steve Mitchell and Sharon Banks decided, instead of the usual festivities around that time of year, they would give their time to feeding the homeless and destitute as an act of giving and as a way of passing on what Steve (himself a recovered drug addict and alcoholic) had learned.

They set off armed with soup, sandwiches and a sincere desire to give.

They sought out people cold and sleeping rough. On returning home they were both appalled at what they had seen. Just yards away from the very affluent of London they met people shivering and lonely.

They were the forgotten and the abused, the self loathing and the chronically addicted. Both Steve and Sharon were very shocked that a whole community of people lived in London’s alleyways and side streets with nothing and no one to care for them, apart from the services inadequately prepared. Steve and Sharon started regularly to visit services to learn what they were doing, but soon discovered that although the services were doing as much as they could with the resources they had, there were still gaps, that the services were mechanical and still lacking, that the men and women needed more than their basic needs met, they needed a reason to want to change and the resources with which to do it.

They started a feeding station of their own, giving not just the basics, but compassion and a shoulder to cry on. They gave clothing, advice, a smoke, a hug, whatever the individual needed.

Steve and Sharon began to supply other feeding stations with the food they bought with their own money, and with some donated items from friends and family.

They opened a food bank and charity shop combined at a local seed bed centre, 6 months later they moved into a 10,000 square foot warehouse and East London and began providing food, clothing and and low cost quality used furniture to people in need in Essex. A1 Lofts and Extensions supports The Silkworth Trust by giving any unwanted home items from renovations to the charity. Any items collected are then sold on by the Silkworth Trust to help continue to provide food, winter clothing and toys for families in crisis at Christmas and all through the year. 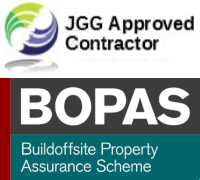 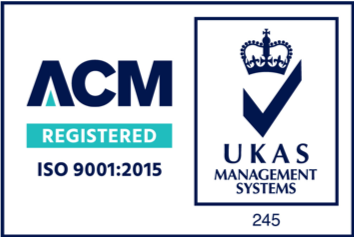 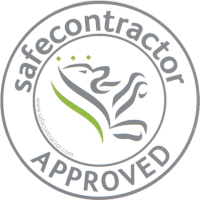